Alfred Nobel, the inventor of dynamite, was reading the newspaper one morning when, to his shock, he turned the page and discovered his obituary inside. It turns out that his brother had died, and the newspaper had published Alfred’s obituary by mistake. The obituary read, “The merchant of death is dead”.  It went on to say the following:

“Dr. Alfred Nobel, who became rich by finding ways to kill more people faster than ever before, died yesterday.”

Needless to say, Nobel was taken aback by the way in which the world was going to remember him after his death.

It’s believed that it was due to this shock that Nobel decided to set aside the bulk of his estate in order to establish the Nobel Foundation, which annually bestows international awards in recognition of cultural and scientific advances. Today, Nobel is not remembered as the merchant of death, but as the creator of the Nobel Prizes, and, consequently, as a great humanitarian. Having read his obituary while he was still alive gave him the opportunity to change his legacy.

Although it sounds a bit macabre, writing your own obituary - or asking a friend or a family member to do it for you - can be an excellent wake-up call that can help you make important changes in your life. There’s more on this below. 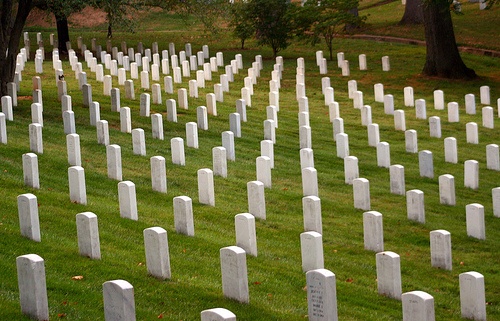 Yesterday I was watching a re-run of one of my favorite television shows: “Frasier”. It stars Kelsey Grammer as Seattle radio psychiatrist Dr. Frasier Crane.  One day, Frasier is in a minor car accident in which he hurts his nose; he goes to the hospital to get his nose looked at, but after a while, he gets tired of waiting and leaves.  When the hospital nurse calls out Frasier’s name, a man who was also waiting to be treated pretends to be Frasier in order to cut to the front of the line. When this man suddenly dies of a heart attack in the hospital, the evening news reports that Frasier Crane had died.

The next day, Frasier has an experience very similar to the one that Alfred Nobel went through: the newspaper mistakenly published his obituary. This makes Frasier reflect on his life and everything that he has yet to achieve. Here’s the exchange that took place between Frasier and his producer, Roz Doyle, when they were talking about Frasier’s obituary:

After that exchange Frasier goes home and, as a self-actualizing exercise, he writes his obituary as he would like it to appear years later, at the time of his actual death.  Here’s part of what he wrote: “Dr. Crane came late to athletics, he became a fixture in the Seattle marathon, the America’s Cup yacht race, as well as the Kentucky Derby [as a stable owner].” In addition, he included in his aspire-to-obituary that he had started a website to teach children about psychiatry, that he had traveled to South America,  that he had taken up rafting, and that he spoke Russian.

As he contemplates what’s missing from his life, Frasier also decides to take a risk by grabbing a bottle of wine and heading over to knock on the door of an attractive woman who lives a few doors down from him.

Do the following: write an obituary as a true account of your life to date.  As an alternative, if you want to be more objective, you can ask a friend or family member who knows you well to do it for you. When it’s ready, look over your obituary and ask yourself questions such as the following:

Then, write a fantasy obituary in which you write down all of the things you wish you had done with your life.  What does this exercise tell you? You’re not dead yet, so get out there and start making any changes that you need to so that you can “live up” to your fantasy obituary.